A group of Hollywood movie studios is suing Stanislav Amelychyts, the Ukrainian national believed to own the popular Popcorn Time fork at popcorn-time.to.

The film studios include Bodyguard Productions, one of the most litigious studios in the US for 2018 regarding copyright infringement lawsuits. The other Hollywood film studios involved in this case are Millennium Funding and Venice PI. The three studios allege Mr. Amelychyts has knowingly assisted millions of people online to illegally watch titles such as Once Upon a Time in Venice, London Has Fallen, and The Hitman’s Bodyguard.

Popcorn Time became one of the most notorious peer to peer file sharing platforms in the world about five years ago. Downloaded millions of times, Popcorn Time may have become the most popular BitTorrent service providing free movie titles of all time.

Since its initial development, many copycat forks of Popcorn Time have been started. None has ever matched the popularity of the popcorn-time.to site, which was previously located at popcorn-time.se. 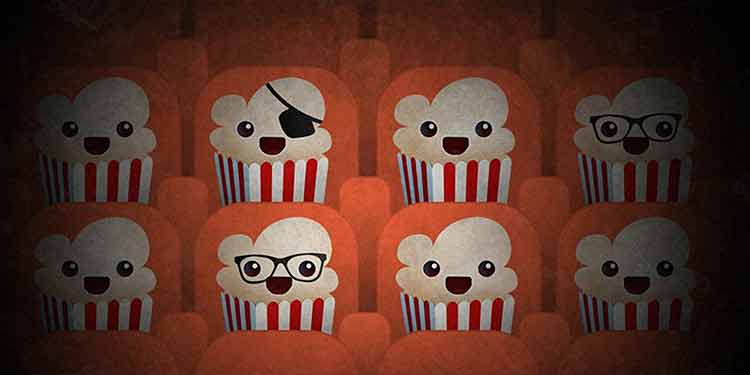 This highly popular fork has been up and running since 2014 and even now provides pirated free streaming entertainment to millions worldwide.

The service’s developers have made many significant improvements to the original Popcorn Time code. Popcorn-Time.to even launched a tracker of its own.

The Hollywood studios taking Amelychyts to court are doing so with an attorney who has a long history of anti-piracy cases. The main aim of this court case is to shut the site down and end the download of the films currently available there. The venue for the trial is the federal court located in Hawaii.

While the lawsuit against popcorn-time.to was filed over a year ago, an amendment was filed by the plaintiffs’ attorney just a few days ago. This reveals that the movie studios have discovered the person behind the pirate service.

The newly filed documents state that Stanislav Amelychyts is believed to be the man responsible for the popcorn-time.to free movie download service. This evidentiary discovery came about via blackHOST web hosting service provider. It seems Amelychyts was a customer of blackHOST last year.

The amendment to the complaint states that uptodown.com, another of the sites under the control of Stanislav Amelychyts, provided the Popcorn Time software for download to over 16 million users of Windows and Android devices.

The case doesn’t only call Stanislav Amelychyts as a defendant. It also names Clinton Bovee, an alleged Popcorn Time user living in Hawaii. The complainants state that Bovee downloaded various movie titles that were not licensed properly for redistribution by Popcorn Time.

Clinton Bovee could face fines of up to $150,000 per downloaded film if found guilty by the federal court of Hawaii.

Popcorn Time to Shut Down?

For users of Popcorn Time, this result would be especially worrisome. Having control of the site would give the film studios access to the IP addresses of more Popcorn Time users. This would likely result in more lawsuits similar to the case being heard in Hawaii against Popcorn Time user Clinton Bovee.

Protect Yourself When Using Popcorn Time

We will be following this case and reporting on the results, so check back here regularly if interested in the results.

As always, it is highly recommended that you protect your location, identity, and activities online with the use of the securely encrypted Surfshark VPN. Otherwise, this information is being watched and recorded by anyone.