Netflix and chill; hell yeah! If you are both a Netflix subscriber and Kodi lover, you probably want to unite the two platforms. Including the channels and content from the Netflix app inside Kodi’s interface provides cleaner access to all your favorites. Watch all the wonderful Netflix content while enjoying the customization possibilities of the great Kodi user interface.

Due to advancements made in Kodi 18 Leia, the free Netflix Kodi addon developed for the latest version of Kodi v18 Leia merges Netflix and Kodi beautifully! Originally developed by asciidisco, with code also contributed by over 30 other developers, watching Netflix on laggy, uninspired web browsers can now be a thing of the past. 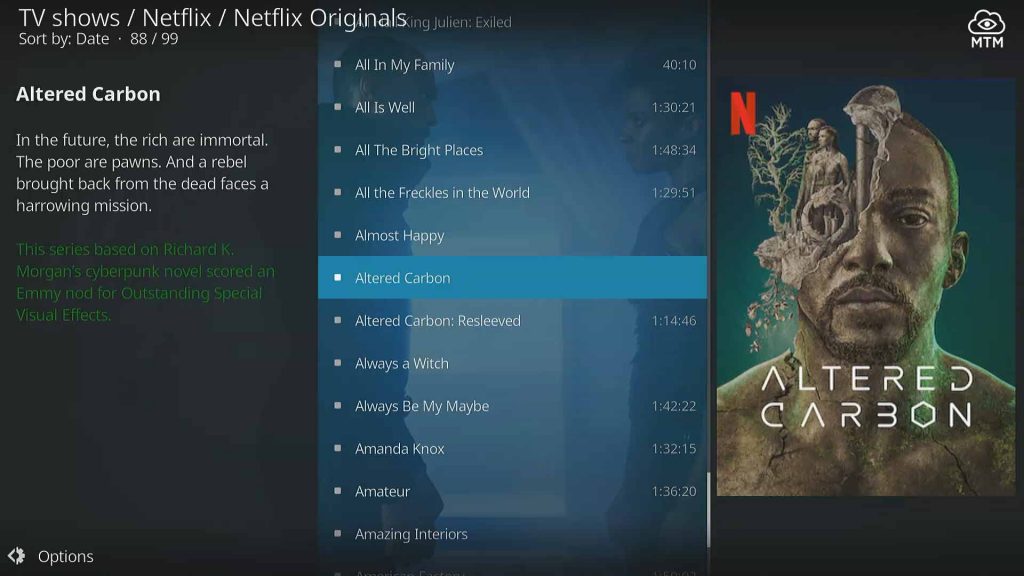 As you most likely know, Netflix is a high-quality online subscription-based streaming service people use to watch some great TV shows and movies.

This US-based service has geo-restrictions for each region in which it is available, however. While they have versions available in many countries worldwide, every one of them is only available to a specific geographic region.

If you are traveling or live abroad, you’ll need a good VPN (Virtual Private Network) to bypass these restrictions.

There is a step-by-step visual guide to installing Netflix on Kodi a bit farther down in the article if you need it. These quick steps are pretty self-explanatory if you’ve installed a few Kodi add-ons in the past, though.

Those less familiar with the amazing multi-platform Kodi online streaming and media librarian may wish to reference our “What is Kodi?” guide. This software began in 2002 as a simple Xbox media player. Kodi has since been updated with the ability to find and provide access to nearly unlimited online media streams, including free movies, TV shows, and music.

Better yet, it works on every major operating system and most internet-capable devices, including your TV, laptop, phone, and tablet. Kodi is a free open source media center with thousands of third-party add-ons available to enhance your Kodi entertainment experience.

Follow our MTM guide below and learn how to install Netflix on Kodi free for multiple operating systems such as Windows, Mac, Android, Linux, and more.

Consider this: you can install the Netflix add-on into any working Kodi 18 build.

Since Kodi’s 2002 inception and the launch of Netflix in 2007, the two have not been united due to restrictions in place by DRM (Digital Rights Management). This is a set of access control technologies that restrict the use of applications within other apps. 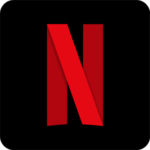 We would argue that these “technical protection measures” are nothing more than one of the many big business ways of stifling innovation and competition.

There have been short-lived experiments in accessing the Netflix services within Kodi, but nothing ever worked well or for very long. These include the long-dead NetfliXBMC and Flix2Kodi add-ons.

In a recent update, Kodi 18 Leia finally received support for DRM. This allows the possibility of watching streams from official apps such as Netflix on Kodi. This is seen as exciting news regarding the future of Kodi addon development by those with an ability to read between the lines.

Sounds good, right? We want to clarify just a few restrictions before demonstrating how to install the new Kodi Netflix Add-on.

For the Netflix Kodi addon to work, you’ll need the following. 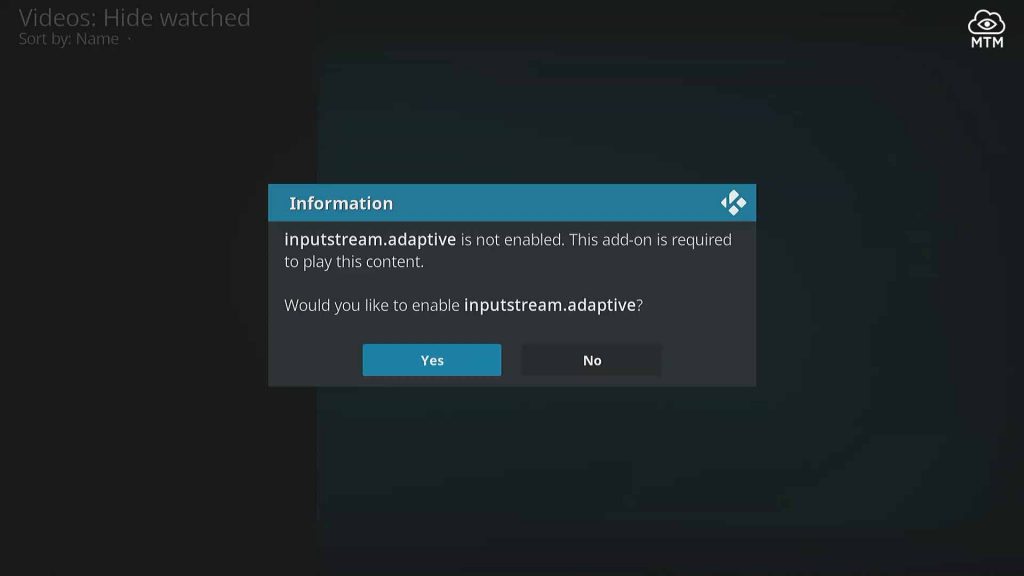 The InputStream client for adaptive streams is a Kodi module that enables streaming of DRM content such as that available from Netflix.

Please note the Netflix Kodi 18 Addon will NOT work on Kodi 17 Krypton. Kodi 18 Leia or later versions must stream the Netflix library right in your favorite media center software. There is also a version of the Netflix addon available for the upcoming Kodi 19 Matrix.

There is a catch if you want to connect and watch Netflix on Kodi when installed on other than an Android or Amazon Firestick device. Installation of Widevine in your Kodi folder is necessary before installing and connecting to Netflix on Kodi.

To install the Widevine library file (libwidevine) and access Netflix on Kodi, you must download the Widevine Library. You can right-click the link or copy and paste the contents into a file named widevinecdm.json. Then, place the downloaded widevinecdm.json file into the CDM folder of your Kodi special folder. Use these provided links for assistance.

Before installing Netflix on Kodi running in a Linux operating system environment, you must first install the PyCryptodome Python library. Run the following command from a Linux terminal to get this working:

Required Before Installing Netflix on Kodi

The Netflix addon itself is unofficial, so it won’t be included in Kodi’s default add-ons. Kodi 17 Krypton and later security settings require you to toggle enable unknown sources on before installing any third-party addons. 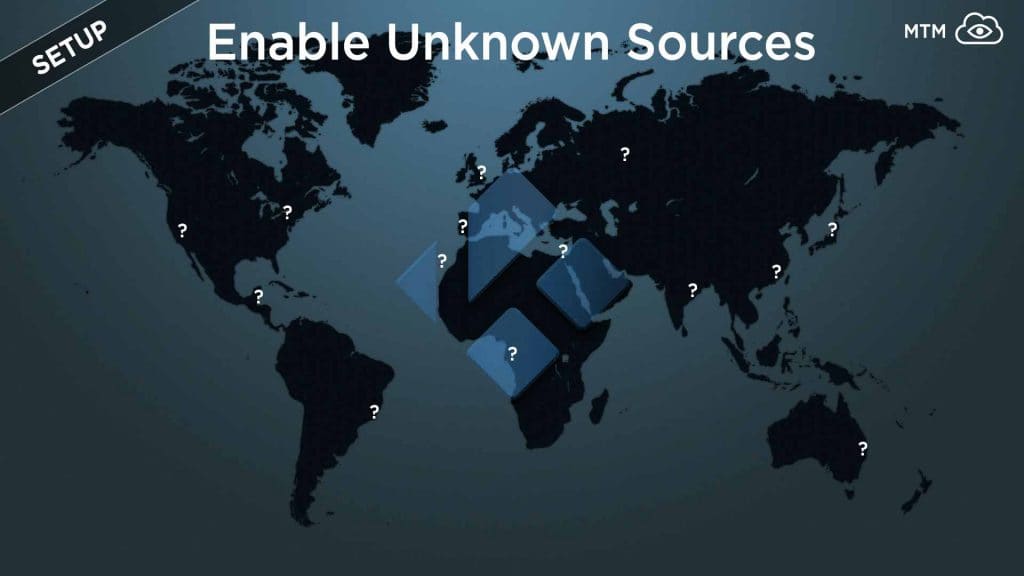 This step is important. Kodi won’t allow you to install any third-party add-ons without doing this first. If you need help with it, reference our MTM Enable Unknown Sources guide to make Kodi ready to accept the Netflix addon.

How to Install Netflix Kodi Add-on

You can find the Netflix Kodi 18 addon within the Absolut Repo located at http://absolut-kodi.com/repo for now. I usually suggest you download straight from the Github repository source, but reader Jools reported earlier today that the CastagnaIT repo is not working at this time. While the developer’s Github repository will always have the latest Netflix add-on version, the repo that contains the add-on was broken in a recent update of the Netflix add-on itself.

The Absolut repo houses the latest working add-on for your Netflix and chill moments, so let’s give Kodi the address.

How To Install Absolut Repository

Once Kodi has the repo source, installing the Netflix Kodi addon is easy.

How To Install Netflix Kodi Addon

Feel free to explore all that Netflix has to offer with the user-friendly Kodi interface.

The Netflix Kodi addon will be found in your Kodi video addons! 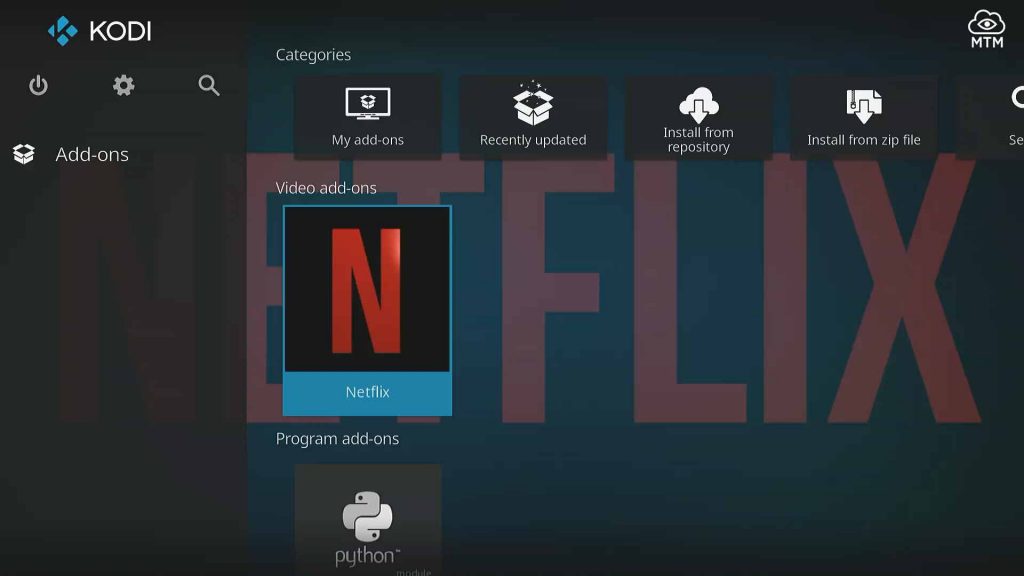 The only restrictions will be the regional limitations imposed by Netflix itself, which you can easily unblock using your Surfshark VPN app.

If accessing Netflix from outside the region streaming videos of the shows you want to watch, remember there is a workaround…

Read all about it: VPN + Netflix = Chill

Setting up your log-in details in the addon varies depending on the platform you have Kodi installed on. 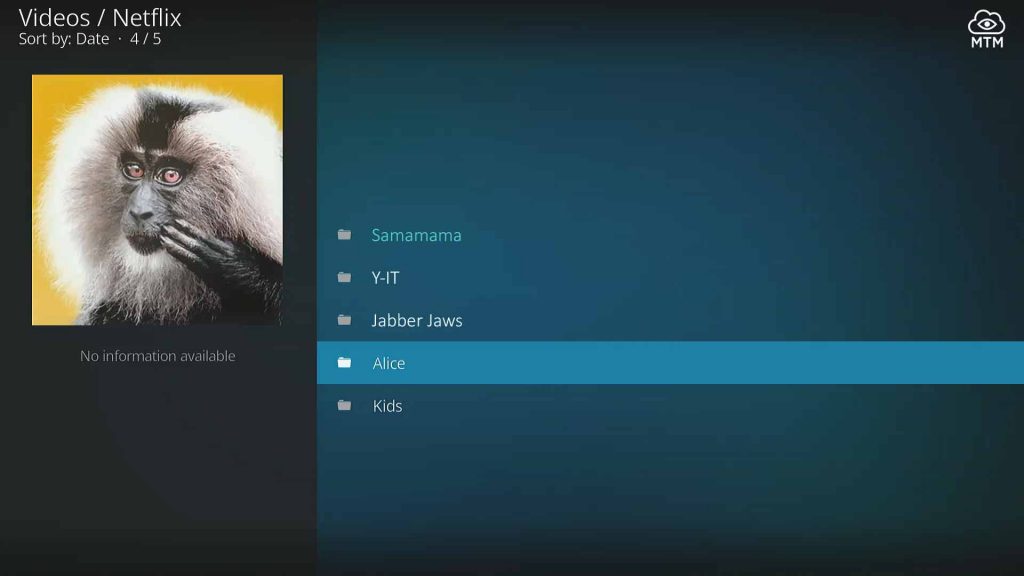 For all the rest, head over to the Netflix addon settings. You can hover on this great addon and press “c” to bring up the menu on some platforms. Enter the Account tab in settings to log-in with your Netflix username and password.

You can also use the Auto Login tab to choose a default if you have more than one account set up.

Type that number into the Kodi addon settings. Once done, you should be able to watch Netflix on Kodi the same way you do in their official app.

In this MTM tutorial, we’ve illustrated how to install Netflix Kodi 18 Addon and log in from anywhere in the world. Now that Kodi is DRM friendly, we can expect even more exciting Kodi addons soon. Just don’t forget to use a VPN for Kodi.

Stay tuned as we keep you up to date with Kodi Community releases and news. Who knows, maybe Amazon Prime Video and Hulu addons are just around the corner. Let’s keep our eyes on these and…

Hi,
Just installed and everything seems fine…except.
I am in Australia and have an Australian Netflix subscription. I’m not trying to get to US Netflix…I just want to access my Australian Netflix account via Kodi on a Raspberry Pi. When I enter my Netflix credentials they are rejected saying that the password is incorrect, so I suspect that the add-on is only for U.S. Netflix.
Can I use this add-on for Australian Netflix and if so how do I configure it to got to Aussie Netflix?
Cheers

I too am having this issue from the UK

Got surfshark on…..trying to install netflix on kodi but it wont accept the plugin url. Tried a few times with no spelling mistakes. Tried the github version and mytm (above) version. Nothing in the zip to install. I’m sure I have the requirements needed. Using kodi l8.8 just updated. On a X96 android box. Any suggestions about which settings I may need to change on kodi or on surfshark. Speed is good. So
I’m stuck as to what to try next. MANY THANKS

Hey Jools, thanks a ton for pointing out the broken Kodi Netflix install!

You can use the new Absolut repo to get the Netflix Kodi add-on successfully installed. I just installed the addon on Kodi 18.8 a moment ago using http://absolut-kodi/repo for the repo source URL. Within, you’ll find a repository.Absolut.Kodi-1.0.5.zip file to install the repo. Then, you can install a working Netflix addon for Kodi from the repository’s Video Add-ons directory.

I’ll update the article to point this out to others. Again, thank you very much! 🙂

Here is the one