Android emulators are becoming more common as Android apps grow in popularity. Experiencing Android OS with a mouse and keyboard, coupled with a powerful Windows PC, makes for a pleasurable experience for developers, gamers, and media streamers.

2022 Edition of Best Android Emulators for Your PC

With over 370 million users, BlueStacks is the most popular Android emulator. This free emulation software is preferred by many gamers and is extremely easy to set up.

BlueStacks also allows the option of downloading optimized apps from its custom app store. It doesn’t matter if your preferred game is DragonStorm Fantasy, Black Desert Mobile, or Crossing Void. This emulator runs them all perfectly and effortlessly on most modern Windows personal computers.

BlueStacks 4 runs apps on Android Nougat (7.1.2). This newest version supports keyboard mapping, though it may not work well with gestural movements when gaming.

One drawback to the BlueStacks emulator is productivity apps. They may not run well on a less powerful Windows computer.

Some users may also not like the ads in the free version. Luckily, the Bluestacks Emulator has a very affordable ad-free premium version available. This version is far better than some other top free emulators without ads.

All current versions of BlueStacks Android emulators are based on Android 7.1.2 Nougat. The premium Bluestacks version only costs around $24 and is entirely ad-free.

MeMu is relatively new to the Andriod Emulator scene. MeMu Play, launched in 2015, is focused on games, much like Nox and BlueStacks, and with comparable download speeds.

While MeMu is promoted in the high-performance gaming arena, the quality of the graphics is relatively poor. While playing games, you’ll notice low-resolution artifacts and some textures missing when compared to the graphics of other game app players.

MeMu is presently based on Android Lollipop and works well with top productivity apps. This should be your choice if you are looking to play games like Ingress, Pokémon Go, or even Call of Duty mobile edition.

If you’re an Android gamer with a Macintosh or Windows PC, this app is for you! Although Nox is perfectly fine for enjoying the entire Android experience, it is best suited for playing massive games such as Justice League and similar games. To top it off, it’s free with no sponsored ads. Not even one tiny ad will show up to annoy you… seriously!

The Nox emulator allows you to map keys (shortcuts) on a gamepad controller that are typically accessed on a keyboard mouse. For instance, it allows you to assign keys on your keyboard for gestures, mapping shortcuts for swiping right.

For the best gaming results, you may specify the RAM and CPU usage in the settings option. The app makes it possible to root Nox on your device in under one minute. Nox android emulator is currently based on Android 4.4.2 (KitKat). The main downside to this Android emulator is that it puts a heavy load on the system, requiring a good deal of RAM. Therefore, you can’t use many other apps while you play games.

Grab a copy of the Nox App Player for Windows from here: Windows Nox App @ BigNox

Note there is also a Mac OS version of Nox App Player found at the BigNox.com site.

Why use this great game and app player? Here’s why:

ARChon is not a full-blown Android emulator, nor does has a massive userbase. It’s more of a hack to run Android apps on Chrome OS.

The ARChon Android emulator is not well suited for heavy gaming, but rather excellent for using productivity apps due to easy access.

Google’s own Android Studio is an IDE (Integrated Development Environment) app that is specially designed for developers. It offers supplies, tools, and plugins to help developers build and test apps.

Android Studio has a built-in emulator that offers fewer features when compared to Genymotions. Unquestionably this emulator is not for general usage and heavy gaming. Android Studio is challenging to set up, but a fan favorite of many developers.

Why use Android Studio? 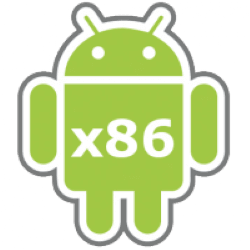 Android-x86 OS is the most durable project derived from the Android Open Source Project (AOSP) with slight improvements and modifications. Components developed from scratch or obtained from other open-source projects form the entire Android-x86 codebase allowing it to run on tablets and PC mobile devices.

Using Android-x86 is a fantastic way to enjoy Android apps on your computer, tablet, or mobile phone. Android-x86 offered in both a 32-bit (x86) and a 64-bit(x86_64) variant, though setup can be slow. And you’ll notice that Android-x86 appears to be intended for a mobile touch screen device rather than a standard desktop computer screen. 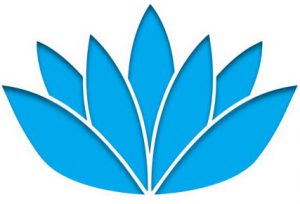 While not technically an Android emulator for Windows PC, the Bliss OS is a great Android operating system hack that can be booted directly onto your PC. You can even try Bliss OS out by booting from a USB device to make sure it works well on your hardware before installation.

Aside from working great on any modern Linux/Windows PC and tablet device, Bliss OS can also be installed on Chromebooks!

Multiple launchers are available for Bliss OS, giving you customization options to make it work just the way you want on any PC or tablet.

Why Use Bliss OS?

You can become a tester for the new Bliss OS 12 by visiting the Bliss OS Alpha development thread on XDA. The Bliss OS 12 alpha testing release is based on the latest Android 10 version. Note this version of the Android operating system isn’t getting a “dessert” name, as every version up to the Android 10 predecessor ( Android 9 “Pie”) has. 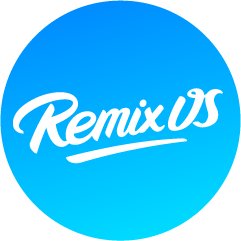 Before Bliss OS came around, Remix OS was unique, being nothing like other Android emulators available. This was an Android OS that you could boot directly into. I say “was” due to the lack of development over the past few years.

The Remix OS product was brought to us by Jide Technology, a company comprised of former Google employees. By uploading Remix OS on a USB device, you can theoretically boot any computer on the planet with it. The Remix OS Android emulator is excellent for productivity apps, but does not support heavy gaming.

Note: Jide Technology officially suspended its support of Remix OS, and development ceased in 2016. The last Android 6.0 Marshmallow version can still be downloaded and used if Android Marshmallow is all you need (or your hardware can handle).

Why use Remix OS?

Various Android emulators are available to run on Windows. Before installing any one of the above emulators, it is essential to note that these emulators are not entirely free of bugs and may glitch on occasion. The performance of these app players is contingent on your Windows PC hardware and software.

Below are emulators that have been shut down and are no longer supported:

Please Note: Stay clear of Andy Android emulator, since there are allegations that they have been involved in bitcoin mining on the user’s Windows PC without their consent.

Please leave a comment below to let me know your results of installing and running the other recommended tools in this article. And…